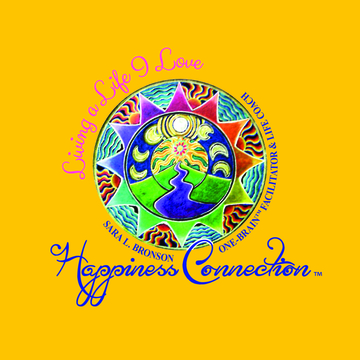 Sharon was a highly successful accountant in the city. When she first came to see me she was experiencing insomnia and a high level of exhaustion. Worry had become her constant companion as she regularly questioned herself with” What more can go wrong?” and “How am I going to manage?”. “I’ve created great success in my business and with my children but somewhere in the process I’ve lost my self.” The first reading her body selected was Bach flower essence Centaury – “I’m tired almost all the time – exhausted. It’s so helpless, having to live according to others expectations. Even though I know I’m letting it happen, I’m so separated from myself that I seem to have no will of my own”. Tears of emotions fell from her eyes as she exclaimed, “I know what’s happening but no matter how hard I try I am unable to do anything different. I am very bright and capable, yet I can’t figure this out!

Sharon was the poster child of unbalanced success – exhaustion, insomnia and chronic worry. She was the head accountant of a highly successful firm in the city and single mother of two children. Overwhelm, overload, and stress had become her daily feelings. As much as she was aware of what was happening, she could not “think her way out” of the current situation.”

When under stress our physical bodies send about 80% of our blood flow to our lower extremities – fight or flight, it’s how we are designed. What that means is now we have only 20% of our blood flow in our brain. Do we have access to a “think a new thought” or “imagine a new idea?” No! Can we “see any options” for want we’re dealing with? No! We are running on automatic pilot; going through the motion of living yet doing the same thing over and over and over again.

Sharon was stuck in a pattern.  Doing what she thought was important but somehow lost her own value and her own importance in her own life.

Through hands on muscle testing using the One-Brain™ method, we could go to the point in time(the cause) where her whole self said something had happened- age 3. I asked if she had any memory of anything that had occurred at that point in time. She immediately responded,” oh no, not again! ” and proceeded to tell the story of a visit to her Aunt Irene.

On the way to the visit her mother had reminded her several times to be careful, especially regarding Aunt Irene’s favorite possession – her China Doll. The visit had gone well and Sharon had been very careful making sure she behaved perfectly. She can still remember when everything changed. One minute she was walking past the China doll and the next minute both she and the China doll were on the floor. Crash! Sharon was mortified! As careful as she had been disaster had still occurred. In that moment, her intense feelings and her thoughts fused together. Feeling terrified & worried of making a mistake FUSING to the thoughts of no matter how hard I try things still go wrong. I’ll never be good enough. This feeling/thinking connection had created the program or pattern that has been running her life since that moment in time.

Sharon’s body selected a reading to break the fusion of the feeling/thought pattern from cellular memory. The reading spoke of “how what she needed or wanted or thought or said was completely unimportant to them. From this moment, no matter how hard she tried, nothing she could do would bring her the oneness she longed for. Although she still tried to be brave about it – or at least act brave – in her heart she felt the intense feelings of lack of importance and not being good enough.” In that moment, she realized since the age of 3, she had been trying to erase this accident and prove her value not only to herself but to others.

After breaking the link of the feeling/thought pattern, Sharon was delighted to input the following statement: “when illness or accident has destroyed attunement to my essential self, recovery begins with a healing of my heart and shows first in a tender regard toward myself.”

When we can access Cellular Memory using the participant as their own source, we can connect in order to disconnect and put something else in its place. You could say, we can release the past program and upgrade to our desired future.

Now that Sharon’s 3-year-old is not dictating her life; she is learning to value herself and include herself in her own life. When we free ourselves of self-defeating patterns we now have the freedom to CHOOSE a new response and create new habits that have us value ourselves and our desires.

Schedule a One-Brain™ session with Sara and leave your past programming behind. Or better yet, if you want a “life make-over,” sign up for a 3-day Happiness Connection workshop, This workshop is recommended by Dr. Janet Hranicky, Neuropsychologist.